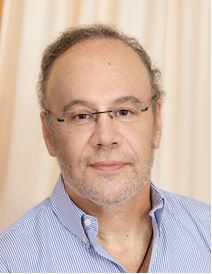 He has published:
The Market and the State in Adam Smith. A Critique of the Foundations of Neoliberalism (in Greek),  Foundation Sakis Karageorgas, Athens, 1994.
Virtues and Interests.  The British Moral Philosophy Debate on the Threshold of Modernity , Savalas Publishers.-Foundation Sakis Karageorgas, Athens, 2008.
Adam Smith, Theory of Moral Sentiments [Translation, Introduction, Comments]. Papazisis Publishers, Athens, 2011.
The Gentle Commerce of Sympathy. Civilized Society and Moral Community in the Scottish Enlightenment. (in Greek), Nisos Publishers, Athens 2016.

He has been publishing papers in reviews such as: Θέσεις, Αξιολογικά, History of Economic Ideas, Philosophy, Culture, and Traditions. A Journal of the World Union of Catholic Philosophical Societies, Adam Smith Review, Cosmos And Taxis. Studies in Emergent Order and Organization, Eighteenth- Century Scotland. The Newsletter of the Eighteenth- Century Scottish Studies Society, Journal of the History of Economic Thought.

Since 2012 he runs the Mediterranean Society for Enlightenment Studies.