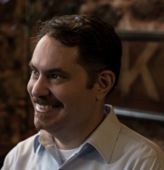 Vasilis G. Manousakis studied International and European Studies at Panteion University and at the Institut D’Etudes Politiques de Paris (Erasmus scholarship). After completing his postgraduate studies at Panteion University (Postgraduate Diploma with a specialization in International Relations and Strategic Studies) and at King’s College London (MA in War Studies), he concluded his PhD at the Aristotle University of Thessaloniki (Political Sciences Department, 2014) on the Greek economy during the Second World War, 1940-44. For his study of the Greek economy during the Occupation, which was based on his doctoral dissertation, he was awarded the first history prize of the Vasiliki and Olga Stavropoulou Foundation in 2015. In 2017-2020 he was a postdoctoral researcher at the Department of History and Archeology of the University of Crete, studying the trade and the black market in occupied Greece (1941-44). He taught in secondary education from 2014 until his transfer to AUTh in 2021.
His research interests focus mainly on the economic history of the 20th century (with an emphasis on the Occupation period), the study of the phenomenon of war and its relationship with politics, economics and technology, as well as aspects of the history of Intelligence.
Select publications:
– The “Southernmost Bastion of the Reich”: the report of the German economic staff for Occupied Greece (editor – historical introduction – comments) (in Greek), Crete University Press, 2019 (2nd edition 2020).
– “E. P. Thompson, the Communist Party of Great Britain and the surveillance by MI5, (in Greek) ‘Historica’ Journal of Historical Studies, vol. 66 (2017).
– “Aiming at Chaos: the organisation of the German Stay-behind network in Greece, 1943-45” (in Greek): Proceedings of the 2nd Conference of the Department of Political Science and History of Panteion University: From the Liberation to the December 1944 events, (Prokopis Papastratis, Michalis Liberatos, Lee Sarafi, eds.), Contemporary Greek History, Athens, 2016
– “The Economic Elites of occupied Europe and the end of Nazi ‘New Order’: the examples of Greece and Belgium” (in English), Proceedings of The 2nd International Conference of Economic and Social History, Greek Economic History Association, Univ. of Thessaly Press, Volos, 2016
– “’The Money that Flooded Greece’: economic hardship and enrichment opportunities in Greece during the First World War” (in Greek), Archiotaxio vol. 17 (2015)