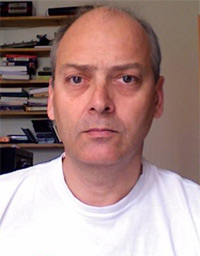 Vemund Aarbakke studied philosophy, history of religions and ancient Greek at the University of Bergen, Norway. During his postgraduate studies on Balkan political history, which took place at the University of Copenhagen, he also attended courses at the Aristotle University of Thessaloniki, Istanbul University, Sofia University “St. Kliment Ohridski”, and Saints Cyril and Methodius University of Skopje. He spent the academic year 1994-1995 at the Department of Near Eastern Studies, Princeton University on a Fulbright Scholarship. He received his PhD in history from the University of Bergen 2001. He has worked as researcher at the Chr. Michelsens Institute (Bergen), Centre for Middle Eastern and Islamic Studies (Bergen) and the International Peace Research Institute (Oslo). He has been teaching at the School of Political Sciences of the Aristotle University since 2004 with subject area modern Balkan politics.  He has participated in several research projects and during the period 2014-15 he headed the research programme: Modernity battling tradition: the introduction of Kemalism to the Muslim minority of Western Thrace, 1920-1930. His research focuses on the study of minorities, refugees, Islam, democratisation and nationalism. His publications include: The Muslim Minority of Greek Thrace (University of Bergen, 2000); Ethnic Rivalry and the Quest for Macedonia 1870­1913 (East European Monographs, Boulder, 2003); Pomak Language Usage and the Spell of Nationalism—The Case of the Pomaks in Greece,” Slavia Islamica : language, religion and identity, edited by Robert D. Greenberg, Motoki Nomachi, Slavic Eurasian studies; no. 25,  2012, Slavic Research Center, Hokkaido University (http://src-h.slav.hokudai.ac.jp/coe21/publish/no25_ses/contents.html,“Internationalisation of the Muslim Minority Issue,” Südost-Forschungen, Band 71, 2012. The report of Petar Chaulev to Prime Minister Vasil Rodoslavov about the situation in Western Thrace in February 1914’, Balkan Studies, 49, 2015, http://www.imxa.gr/bsfiles/49/Aarbakke.pdf , “Die Region Makedonien” in Oliver Jens Schmitt – Michael Metzeltin (Hg.), Das Südosteuropa der Regionen, Wien, 2015, Verlag der Österreichischen Akademie der Wissenschaften. “Urban space and Bulgarian-Greek antagonism in Thrace, 1870-1912” in Maria Couroucli & Tchavdar Marinov (Eds.), Balkan Heritages – Negotiating History and Culture, Routledge 2015.