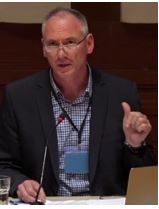 Andreas Bouroutis Brief CV
Dr. Andreas Bouroutis is a Historian/Political Scientist – Economist  (Bachelor of Economics by the National University of Athens, MA in Political Analysis by the Aristotle University of Thessaloniki).
His PhD thesis was published in 2018 under the title “The Bourgeoisie and the European Schools  in Thessaloniki (1888- 1943): cultural and social breakthrough on a city of a late Empire”.
He has taught at the Hellenic Open University (Historical development of the modern Greek state), at the Aristotle University of Thessaloniki (Modern Diplomacy and Politics in the Eastern Mediterranean) and at the University of Ioannina (Society and Economy in the Balkans).
He has been a recipient of several scholarships (twice a bursary of the Italian state in 2016 and 2019) and he has published articles in scientific journals and edited volumes in Greece and abroad. In 2020 he is the science project leader of the postdoctoral programme “Post-war transformation of Thessaloniki and the fate of the Jewish assets”.
His research interests includes multicultural societies (Mediterranean port cities) and transnational aspects, State transformation and imperialism with focus in nationalism and refugee and migration flows (Balkans – Europe), and Jewish communities in Greece and the Balkans.