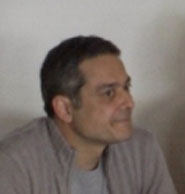 Karolos Iosif Kavoulakos studied at the Panteion University, Athens, Freie Universität, Berlin and The National and Kapodistrian University, Athens, from which he received his PhD. He has worked as researcher at the National Center of Social Research, Research Center for Gender Equality and at the University of Thessaly. In 2012 he took up the position of lecturer at the School of Political Sciences, Aristotle University Thessaloniki. From 2011 he is a Visiting Fellow at the Department of Social and Policy Sciences, Bath University, and from 2008 he teaches at the Hellenic Open University. His research interests include: social movements, civil society, collective mobilisation, urban policy and urban sociology. He has participated in a number of research projects and published in Greek and International periodicals as well as collective works. His main publications are related to urban social movements, alternative political and economic ventures and racist mobilisation. Samples of recent publications include: (with G. Gritzas) Alternative Economic and Political space: Civil society, social movements and spatial development (Kallipos 2016, “Diverse Economies and Alternative Spaces. An overview of Approaches and Practices”, European Urban and Regional Studies (2016), “Movements and alternative space in crisis stricken Greece: a new civil society” (2015), in N. Georgakis & N. Demertzis (Eds.), The political portrait of Greece.  Crisis and deconstruction of politics. (Gutenberg, Athens 2015). “Public space and urban movements” in Th. Maloutas (Ed.) Atlas of the social geography of Athens. Harokopio University, electronic publication, (2016), K. I. Kavoulakos & N. Serdedakis “Collective action and social movements”, in A. I. Metaxas (Ed.) Political Science: interdisciplinary and contemporary investigation of political action (Sideris, Athens 2016), “Movements and public spaces in Athens: Spaces of freedom, spaces of democracy, spaces of authority”, in G. Kandylis, R. Kaftatzoglou, Th Maloutas, M. Petrou, N. Souliotis (Eds.) The city center as (New) Political Challenge (EKKE; Athens, 2013).