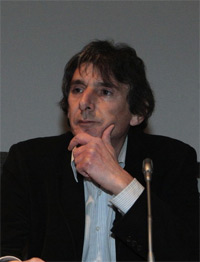 Nikolas Sevastakis studied political science at Panteion University (Athens). He continued his studies at the postgraduate level at the Institute of Political Studies of the University Lumieres‐Lyon II and received his doctorate from the Department of Political Science at Panteion University, submitting a thesis on the thought of Martin Heidegger. From 1999 to 2006 he taught political and social philosophy in the Department of Sociology at the University of the Aegean before moving to the Aristotle University of Thessaloniki. His research focuses on the theories and critique of modernity as well as on values and ideology. His main publications include two collections of essays, Psyche and Idols (Kritiki, Athens 1997) and Towards the Romantic Crisis (Erasmos, Athens 1998), and the monographs: The Alchemy of Happiness (Polis, Athens 2000); Banal Country (Savvalas, Athens 2004); and Hospitable Nihilism: A Study of Homo Democraticus (Estia, Athens 2008). Essays and Readings. Politics, philosophy, literature (Opportuna, Athens 2011). He has co-authored with Yannis Stavrakakis, Populism, anti-populism and crisis (Nefeli, Athens 2012). Recent articles include “the dialectics of amnesia”, Synchrona Themata, vol. 120, July 2013, “Theories, critic, the Left. Some thoughts” in the volume Theory, literature, the left (Taxideftis, Athens 2013). “The Greek neo-nazism and the critical juncture”, Synchrona Themata, vol. 121, October 2013.  “Addendum. Thoughts about the governance and the present dangers” Synchrona Themata, vol. 130-131, December 2015. “Let us forget the totalitarian: Between theory, memory and history”, Neo Planodion vol. 2. Summer 2014. “Liberalism, ‘radical critique’ and veils of the crisis”, Neo Planodion vol. 3. Autumn 2015. “Money-merchandise, literature and cultural crisis. Some thoughts”, in the volume The glimmer of money in modern Greek literature. From the Critical Renaissance of the 21th century (Kostas and Eleni Ouranis Foundation, Athens 2016).